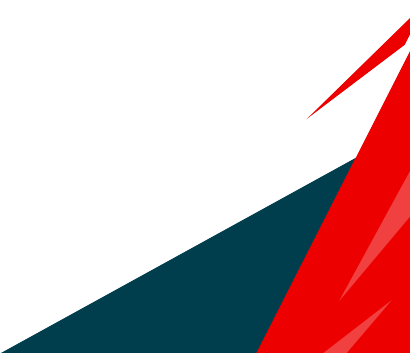 It’s not every day we get to hear from the executives of some of Canada’s top mortgage lenders, let alone having four in a room at the same time.

But that opportunity presented itself during the ever-popular lender panel at Mortgage Professionals Canada’s recent National Mortgage Conference in Vancouver.

The panelists weighed in on a variety of hot topics related to the current market conditions. We’ve included some of the key comments below.

Has the stress test done its job?

“…the aggressive nature by which we’ve gone through these rate hikes has actually pushed us up against those stress tests already.”“We also have to consider that when you get these really aggressive rate heights, it doesn’t happen in the vacuum. You’ve got this macroeconomic landscape, including things like joblessness, of course, and property value changes. And so, the question is were [the stress tests] good? Did they help? I think time will tell, especially as we start going through a renewal cycle and we start seeing customers being pushed up against the cash flows that we were basically trying to measure against.”

“I don’t actually need hindsight to say—and I’m probably unpopular in this opinion—I loved the stress test from the moment it came out. In fact, I would’ve liked to have seen it more broadly applied right out of the gate. Has it actually helped? Tough to say, it’s not like people were actually taking that 2% differential and saving it in an account for a rainy day. So, who knows if it really does help when push comes to shove. But I think it was an appropriate measure, certainly when rates were so incredibly low.”

“I think it’s time to approach it in a more dynamic way. We are now hitting up against the top of [the stress test] and I think what we’ve seen in some cases is the unintended consequence of borrowers going into either different terms just to try to minimize what that stress test is, to try to stretch their affordability. That’s not the purpose of it, that’s trying to get around it. So, I think seeing a more dynamic approach would be a good idea from the regulator.”

“Prepayment speeds have been up. We’ve all felt it as lenders. But, on the specific event of conversion of an adjustable rate to a fixed rate, traditionally you would see 3% to 4% annualized. In recent months…I’d say we’ve gone from maybe 3-4% to say 6% in a peak month on an annualized basis. I would say over the last 90 days, about one third of the borrowers that actually engage our customer service to ask about conversion follow through.”“I would say the conversion rate isn’t nearly as bad as I might have feared it could have been, because I think we’re already entering a period now where borrowers are starting to just capitulate and say, ‘Well you know what? I think I missed the boat. The Bank of Canada is nearly done.’ …So it hasn’t played out quite as aggressively as I thought it might have.”

“What we did see over the last few quarters was a massive spike in variable-rate mortgages, even on the Alternative-A side…but in the last, I’d say three or four months, that peak or spike has completely come back down to normal.”

“We get a lot of calls after [Bank of Canada rate] announcements, but I would say we’re certainly not seeing a rapid spike or a flee-out of [variable-rate mortgages].”“I think it’s really important for brokers to make sure that they’re having those educational conversations with their clients. I think this is really the value of what you’re providing and there’s no time like this to be doing it.”

“…we think that there’s a huge amount of upside that continues to play itself out through the broker channel. The truth is, for our organization, we want to be where our customers are and our customers are effectively choosing you.”

“We’re 100% dedicated to this channel and fundamentally believe a mortgage broker is the best way to get a mortgage in this country. And, with the complexity of the environment, the advice is absolutely needed.”

Reasons to be optimistic

“I actually feel reasonably optimistic from a risk perspective and from a market perspective. I think there are a couple of things that are continuing to happen that I think underpin the foundation of what we’re looking at. One is immigration. So we are continuing to see very robust immigration coming to Canada and these individuals need a place to live. I think the second piece is supply…So we have these dynamics where we have people that need housing, and we don’t have enough supply.”

“Obviously we’ve got some headwinds ahead of us, but…I think that there are a lot of demographics that are very supportive of our industry. There are a lot of people who want homes and we don’t have a lot of homes to sell.”“Household income in Canada has grown significantly over the last five years and so has home equity…Despite recent months, year-over-year, there’s still a lot of growth in the equity in the mortgage books..It won’t take long before we all get accustomed to this new rate environment. The Bank of Canada is getting close to their terminal rate and it’ll be ready to reset soon.”

Over half of mortgage borrowers concerned about renewals